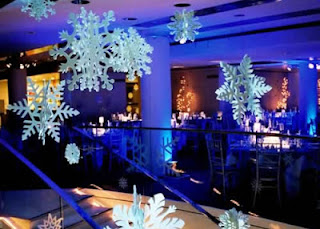 The annual office Christmas party - not my favorite thing, as I'm not good at forced small-talk with work colleagues I don't really like. But there are a few people who I do like the chance to get to know a little better. And of course there's something to be said for a really good meal - not to mention free-flowing drink.

This particular party was more than a few years ago. I was between girlfriends, but didn't mind going solo. I arrived during appetizers and cocktails, and I got a drink and made the rounds  - getting my schmoozing with the bosses out of the way as quickly as possible, then looking for some friendly colleagues to hang out with.

At one point, Kim from tech support came over to me and gave me a big smile and a hug. I had worked with her on a couple of projects during the previous year, and she was a pleasure to work with. She was also a pleasure to look at - a tiny little thing...young, lithe, bubbly...shoulder-length straight brown hair, sparkling blue eyes. She had a royal blue cocktail dress on that hugged every curve...and I tried not to openly gawk.

My head was still spinning from the hug, when she introduced me to her husband. I knew she was married, but I was surprised to see that he also worked in our department. They had different last names, and there's no reason I would have known. He gave me a bored handshake and excused himself.

She apologized, telling me not to mind him, that he just wanted to get hammered with his buddies. We chatted for a bit, and she was flirtatious enough that my blood pressure had gone up a few points - but that was her personality, and I enjoyed it for what it was without reading too much into it. I've also seen enough people make fools out of themselves at the company Christmas party, and my guard was securely up.

We had dinner at separate tables, and I didn't see her again until the end of the night. I ran into her as I was getting ready to go. She was obviously upset, and I asked what was the matter. It was her husband - he was already drunk and wanted to stay and drink more with his buddies, while she wanted to leave.

Alarm bells went off in my head, and warning sirens flashed red. The voice of reason was standing on one of my shoulders telling me not to get involved - just wish her a good evening and get out of there. But the voice of curiosity (fueled by a couple of drinks) was on my other shoulder....

I hesitated...then asked if she wanted a ride home. She flashed her big blues at me. "Would you?"

Fuck me...this was too cliche to actually happen. And most likely nothing would happen anyway, but a surge of adrenaline rushed through me anyway.

I didn't want to be seen leaving together, as I didn't want to be the subject of company gossip on Monday morning. I told her that I'd be at the side door of the banquet hall in five minutes - that if she wanted a ride home to come out, quickly get in, and we'd be off. And that if she wasn't out in ten minutes, that I'd assume she'd made other arrangements and I'd go home.

I said goodnights to the people around and went out to my car. My heart was thumping, and I chided myself at how silly I was. Even if she does come out, all you're doing is giving her a ride home. But I couldn't get some of the looks she'd given me out of my head. She was beautiful and sexy, and looked amazing in her slinky blue dress.

But first things first - I didn't even know if I'd be giving her a ride home. I pulled up to the side door. Five minutes had gone by. I waited a few minutes then looked at my watch. Ten minutes. I'd give her one more minute, then I'd go.

The door opened, she hurried out, opened my passenger door and got in.