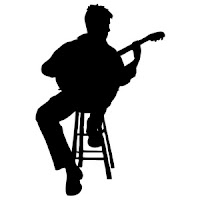 I agree with this, and I like the subtlety that it implies. Sure, the "wall of sound" has its place - but even for heavy music, leaving just enough space between the notes builds the tension...makes the listener wonder and anticipate what might be coming next. The skillful composer or musician can build and release that tension in unexpected and delightful ways.

Lovemaking seems like the same thing. The space between our kisses is as delicious as the kisses themselves. The space between my caresses...between the flicks of my tongue...the exaggerated pause between pulling out of you and the next thrust home.

That space between can be the smallest fraction of a second...or I can draw it out...make you wonder if (or even when) it's coming.

That anticipation can be every bit as good as the kiss..the caress...or the thrust itself. It makes the "mmmmm" and the "ahhhhh" that much better.