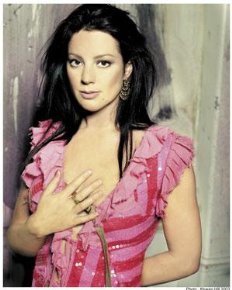 I realize I haven't posted a "dash of happy" song in a while. It's not because there's any lack of good music - it's just general busyness, and I guess I also haven't heard a song that made me think, "yes, that's the one!" Well, this week, I heard one.

I'm a big Sarah McLachlan fan. As far as I'm concerned, what's not to like? She has the voice of an angel, she's a great songwriter and a talented musician - oh yeah, and she's also beautiful and sexy as hell. And she's from the country where I hold honourary citizenship.

Hearing (and watching) this makes me smile. And if you're wondering if my imagination is good enough to picture myself as the guitar player sitting next to Sarah at center stage - yeah, it's easily good enough. :-)