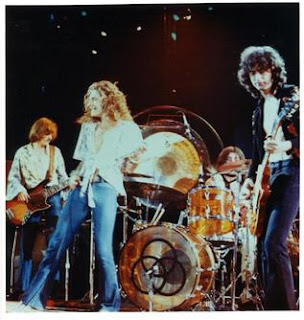 1. What’s the most annoying song in the world?
Wow, there are so many, I'm not sure I can pick one. Most pop schlock is highly annoying.

3. What’s the sexiest song in the world?
I'm drawing a blank....  I'm tempted to say "Closer", but that's more nasty than sexy. This song isn't "sexy", it's a schlocky 80's metal song, but it always will be sexy in my mind. I was driving home on a hot summer night just after losing my virginity, and it came on the radio. I was feeling like the king of the world, and I turned it up loud. My buddies always teased me for liking that song, but they never knew the association it had for me. :-)

4. Name a new, to you, band or music artist that you can’t get enough of? Post a link to one of their songs.
I'm not sure there's anyone I can't get enough of, but there are a few new people I'm enjoying: Mumford and Sons, the Tedeschi Trucks Band, Teddy Thompson, Eric Johnson.

5. Have you met any famous musicians?
No. I've never met anyone famous, period. And not sure I want to.

7. How important is your partner’s taste in music to you?
Very. It would be hard to be with someone if I really disliked what they listened to.

9. What was the last live music show you attended? Did you buy a t-shirt?
Tedeschi Trucks Band. Great show. No t-shirt.

10. What’s the sweetest song in the world?
Maybe this one? No, I think this one.

11. Can you play a musical instrument? Which one?
Yes, electric bass and guitar (and a few others, but not as well.)

12. Are you in a band or are you a performing solo music artist? If yes, what kind of music do you play?
I play guitar in a band. We play classic rock and blues covers.

14. Are you a groupie?
- If yes, for what artist/band?
- If no, do you wish you were and for what music performing artist or band?
No. Can a man be a groupie? :-) I would have followed Led Zeppelin around in the 70's. Well, I would have if I wasn't in grade school/middle school at the time....

Bonus: Describe your worst, best, strangest, funniest or saddest concert moment.
My best, worst, and saddest concert moment all happened on the same night. My first-ever concert - Aerosmith, in the late 70's, when I was 14 years old. They were my first musical love, and I fell hard. When they came around, me and my friends got tickets, and I couldn't have been more excited. When the band hit the stage, I thought I had died and gone to heaven - it was the coolest, most intense thing I had ever experienced. Six songs into the show, someone threw a beer bottle from the balcony, and it hit the stage, exploding, and sending glass shards into Steven Tyler's face. That's it, show over. I was *crushed*....

Bonus, Bonus: If you listen to the radio, what station and type of music are you tuned to the most?
Classic rock or alternative (there's a great college radio station in my city.)
Go to TMI Tuesday to see who else is playing.
Posted by Max at 8:41 AM