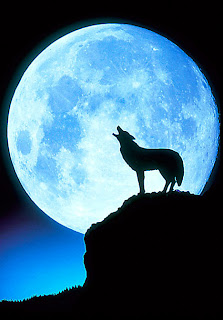 I can't help but notice that lovemaking is *significantly* better during the full moon. It's just more electric and more intense, and my orgasms are off-the-charts good. I can't say I keep track of when the next full moon will be, but it's happened way too often to be coincidence that we'll say "wow, that was *especially* amazing", and then realize later that the moon was full.

And it's just happened again. After three straight nights of "Wow!" (followed by a fourth night of "Don't even think about it, mister, you're making me sore!"), I realized we're just past another full moon.

Doing a Google search on "full moon sex drive" gives over 3 million results, so apparently it's not just me howling at the moon.

Does anyone else notice differences during the full moon?
Posted by Max at 10:13 AM