In Praise of the Bush 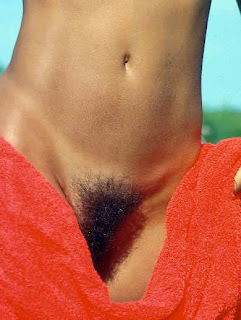 I'm aware that this is a polarizing topic, and that I'm unlikely to convince anyone who doesn't already share my opinion, but ladies, you have my permission to put down the razor. The shaved pussy seems to be more and more the style these days, but there are plenty of us left who very much appreciate the charms of a good old-fashioned bush.

Some trimming is fine, but the fully shaved pussy just strikes me as missing something. I like the idea of keeping the treasure a little bit hidden, in the same way that sheer lingerie can be sexier than full nudity. And the bare pussy has connotations of the prepubescent, which is not sexual or arousing to me. The full bush hints at womanhood, sensuality, and sexuality.

I've had this argument with buddies, and one will inevitably say "doesn't it bother you when you're eating pussy?" My answer is, "no, not at all." I especially love eating a furry snatch. Sliding my tongue through the bush and into the pink wet pussy is sensual and delicious. Another inevitable question is do I think there's such a thing as too much bush - and yes, of course there are limits.

Part of the "doesn't it bother you" question seems to imply that bush means unclean. Of course cleanliness and hygiene are important, but they're important regardless of the shaven/unshaven state of the pussy. Shaved does not necessarily mean clean, any more than unshaved means unclean.

Now pussy, by definition, is the world's greatest thing, and the shaved pussy is *not* a turn-off. But my preference will always be the sexy feminine bush.
Posted by Max at 3:46 PM