Flashback to the early 80's, on a hot summer night. I was with her and another couple in the basement of the house where she was staying. We had been hanging out (and making out) quite a bit over the past couple weeks, but I was too shy to try to take it further. Which in hindsight is silly, because even though I was a little older, I knew that she was experienced (i.e., had gone all the way.) I wasn't completely inexperienced, but I was technically a virgin by the standards of that time. I'm not sure if those standards have changed - or even if those terms mean anything any more.

I loved everything about a good make-out session. It seemed very sensual and very intimate, and some of my favorite memories (even all these years later) are of youthful intense make-out sessions. So the other couple went to another part of the basement, and we started in, snuggling close and French kissing deeply. I guess she realized that if anything was going to happen, she would have to take the initiative, and she did. She led me into a little basement bedroom (which I didn't know was there,) and closed the door behind us. The room was almost pitch black.

No words were spoken, but I knew this was going beyond what we had done before. We sat on the bed and kissed, and she pulled me on top of her. I was a combination excited and scared. Of course I wanted what I thought was about to happen, and desperately wanted the "virgin" label off my back, but I was scared that I wouldn't know what to do, or that I would go off prematurely. Related to this was the fact that I had told her, in response to her teasing me before we were a couple, that I was not a virgin. I was too ashamed to admit the truth, so I desperately hoped to be able to perform well enough.

How we got there is a blur, but my next memory is of us both naked from the waist down, with me on top of her, between her spread legs. I stroked down her belly and felt her soft thatch of pubic hair, and I asked her to guide me in. If she hadn't, I might still be there fumbling. She guided my cock, which was almost painfully hard and literally throbbing, situated me between her pussy lips, and I tentatively pushed forward. I will never forget the sensation of my cock sliding into a woman's pussy for the first time. It was the most amazing thing I had ever felt, and far far better than I could ever have imagined. Warm, tight, wet...grabbing me like a soft, slippery glove...only ten thousand times better. 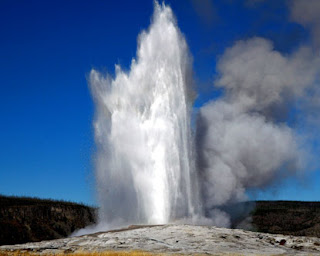 Inch after inch of my shaft sank into her, and the feelings got better with every inch. Finally, I was balls deep, and the feeling was just exquisite...and then joy turned sharply to panic as I realized that it felt *too* good. I tried desperately to hold off my orgasm, but wild horses couldn't have held it back. Agonized and head spinning, I pulled out and tried to shoot on her belly. She must have felt the first spurts of my cum hit her and pushed me away. Lord only knows where it ended up, or what the room looked like afterwards.... It wouldn't surprise me in the least to find out I had sprayed the walls and ceiling....

And then we were out of the room, clothes back on, and it was over. I was completely mortified, and sheepishly explained that it was actually my first time. She assured me that she understood. I slunk home, half mortified but also half exultant that I was no longer a virgin.

There were big changes going on in both of our worlds, and I never got a chance to redeem myself with her, which in hindsight made the experience more traumatic than it otherwise would have been. So my first time could be summarized as pitch dark, scary, and ultimately mortifying. With just a whiff of unimaginable pleasure thrown in.
Posted by Max at 3:52 PM